Honour at the drive-in 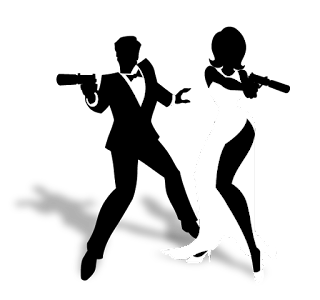 Honor Blackman — the forebear of all stunning and svelte onscreen butt-kicking females — died this week. She was 94.
For me, there's a strangely satisfying incongruity in the fact that the name Honor will forever be synonymous with Pussy Galore.
Was it?
An honour.
Or was it a fortuitous annoyance to her?
I mean, when asked to name a Bond girl, I immediately think of her or Honey Ryder — played by the equally ironically named Ursula Andress —famous for emerging from the sea in a state of un-dress.

I remember the first time I saw Goldfinger, even though, at age 7, I probably wasn't supposed to see it at all. I was supposed to have fallen asleep in the back of our Ford Zephyr, curled up with my pillow on the back seat, under the red tartan travel rug. It was always a bit too prickly to be really snug, that blanket, but I did love making short stubby plaits of its fringed ends.

It was a Bond double feature at the Oakleigh Drive-in. We arrived just before dark. Mum and I stayed in the car watching changing advertisements on the giant screen while Dad took my brother through the labyrinth of bumps, cars and speaker cords to the brightly lit take-away store. It looked like something off My Three Sons or The Donna Reed Show.

They came back with milkshakes and chips — hot salty chips in a bucket, not wrapped in paper like 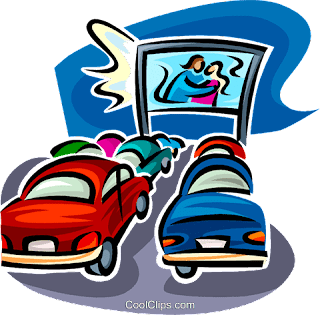 from the fish 'n chip shop.
Mum said I had to be careful not to spill anything.

The movie had no story or songs – not like Mary Poppins, anyway.  It was just a lot of men in screeching cars and loud gunshots...
Plus a skinny blonde lady who fought with men.
Dad told my brother to stop asking questions and just watch the movie.
So I kept quiet.
And I watched that beautiful skinny lady fight the bad guys.
I remember.

So, yeah, I wonder if Honor felt honoured and proud to be Pussy Galore.
I reckon she should have.
She was a bad-ass pioneer.
Not like Mary Poppins at all.

If my recollection has stirred any reminiscences for you, I'd love to hear them.